Electrostatic current is generally very small, the potential difference is very large, and there may be the phenomenon of attraction, repulsion, conduction, and discharge. These phenomena will lead to deterioration of the product, degraded performance, fire, fire and human body and other adverse consequences.

Bad screen printing. In the screen during printing, the rubber portion and the screen are charged by the pressure scraping of the blade rubber. If the screen itself is charged, it will affect the normal inking and produce blockage failures; it will be absorbed by the screen at the moment when the substrate is output.

b. Substrate is water-absorbent even though it is papery, but static electricity can also be generated when the air is dry. Plastic substrates have good insulation properties, are not affected by temperature, and are prone to static electricity.

c. The printing area is large and the charging is also large, which is easy to produce bad effects.

d. Since spark discharge can cause flames, be very careful when using flammable solvents.

How to prevent static electricity. The methods for preventing the generation of static electricity include: adjusting the ambient temperature and increasing the air humidity. The appropriate temperature is generally about 20Â° C. and the relative humidity is about 60%. A small amount of antistatic agent is put into the alcohol used for scrubbing printing materials; the friction pressure and the speed are reduced; Minimize the friction, pressure and impact of substrates; install general grounding devices; use ionization of flame, infrared, and ultraviolet rays; and use ionization of corona discharge with high-voltage currents.


Any angle you want is according to your requirement . Just choose different knife. Also you can choose automatic machine or manual machine. 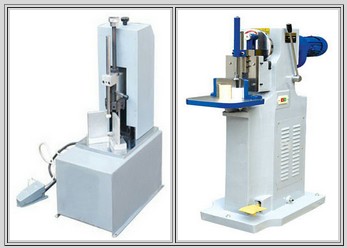